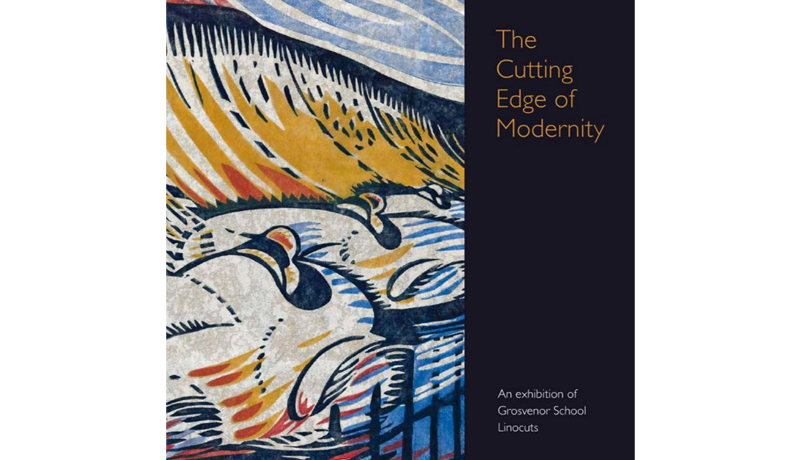 Once again we have assembled a substantial collection of modernist linocuts by the artists who worked with and studied under Claude Flight at London’s Grosvenor School of Modern Art during the 1920s and 1930s. It is now thirty years since I mounted my first major exhibition of these iconic works and I am not in the least surprised by the interest these extraordinary prints continue to attract around the world.

Although the prints have been popular with British collectors since they were rediscovered by Michael Parkin in the mid-1970s we are now seeing worldwide interest, in particular from North American museums and collectors. I remember well the depth of the Dave and Reba Williams Collection when I was invited to view the collection at his office building in Manhattan during the mid-1980s, corridors and offices covered with linocuts and other modernist British prints. I also have the pleasure of knowing other great collectors and supporters of Modern British Prints, such as Leslie and Johanna Garfield who have built an astonishing collection, from Vorticist prints made during World War I to the most cutting-edge contemporary prints.

Leslie and Jo`s collection formed a large part of the first major survey of Modernist British prints, The Rhythms of Modern Life, that was exhibited at the Museum of Fine Arts, Boston in February 2008, the majority of which were Grosvenor School linocuts by Flight and company. Later that year the show travelled to New York`s Metropolitan Museum of Art, ending at the Wolfsonian in the aptly Art Deco city of Miami Beach in January 2009. The exhibition was accompanied by an excellent catalogue of the same title.

The then Wolfsonian Foundation housed the collection of another great American supporter of the movement, Mitchell Wolfson Jr, probably the first to see the merits of the Grosvenor School linocuts and other British paintings, drawings and prints from the early 20th century. His great collection is now under the care of the University of South Florida.

Many new collectors have appeared in recent years and there has been lively competition in the sale rooms and at galleries for the best impressions of the rarest subjects. Back at the first exhibition of British Linocuts in January 1929 they sold for two guineas each (two guineas is just over two pounds) the best now compare in price with some of the great linocuts by Picasso or the German Expressionists.

It is worth remembering that these linocuts were printed by hand in small editions and there can be quite a variation between impressions. The artists were always experimenting with different combinations of colour and form, adding and removing blocks, even printing through the back of the delicate handmade papers that were always used.

I do hope you will be able to see the exhibition at the gallery. We will also be showing a selection at the annual `London Original Print Fair` held at the Royal Academy of Arts in Burlington House Piccadilly from 25th to 28th April. If you would like a complimentary ticket to the fair please email info@osbornesamuel.com or telephone us.