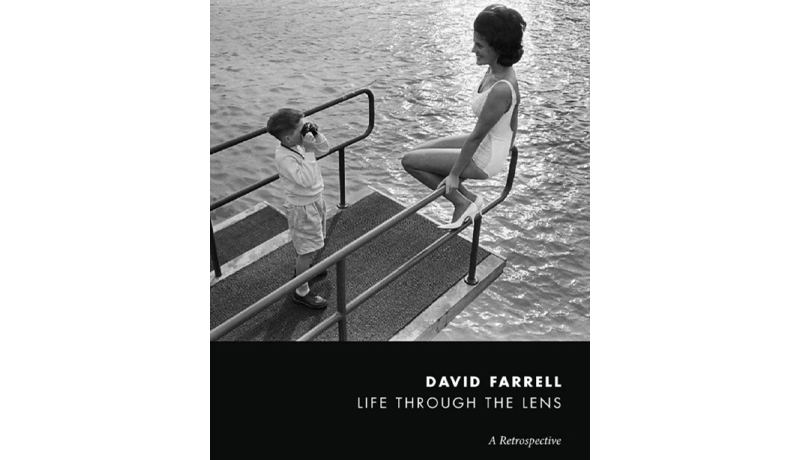 I first came across the work of David Farrell many years ago when his photographs of Lynn Chadwick’s sculpture served as photo-certificates to accompany purchases we made from the artist. Grainy, heavily contrasted, theatrically lit, these images captured the essence of Chadwick’s work, and were of course, just what the artist wanted. Once I had the temerity to suggest to Chadwick that he might want to consider formal colour photography for catalogues and suchlike.

An icy stare answered that question.

Over the years I became more aware of David Farrell’s exceptional photographs of sculptors at work and we tracked him down to seek permission to use his images in the catalogue for a Chadwick exhibition at the gallery. We have done so twice, as well as frame and exhibit his work alongside Chadwick sculpture and drawings. We have also arranged for his work to be included in various publications including the new excellent monograph on Chadwick by Michael Bird.
My first meeting with David at his home was a revelation. I had little idea about the scope of his work and there we were presented with hundreds and hundreds of astonishing images of artists, actors, musicians, from Barbirolli to the Beatles, Paolozzi to Peter Sellers. Even Saddam Hussein is there amongst them. Although some of them are commissioned portraits, and posed accordingly, the best of them aren’t, and they capture the essence of their subjects, the infectious joy of Jacqueline du Pré, the cellist, with Daniel Barenboim, the casual insouciance of a young Helen Mirren and Diana Rigg on the set of Peter Hall’s Midsummer Night’s Dream, an iconic pose from Mick Jagger taken in 1963. And then there is David’s documentary work, little known and of the highest quality, town and country scenes, acutely observed pictures of everyday life.

As we got to know David and his polymathically talented family we all agreed that these remarkable images should be properly catalogued, in part to protect his rights to them. We also began to consider how we might show his work at the gallery. Grand-daughter Georgia stepped forward to take on the task, which was far bigger and more complicated than any of us realised. Sadly David died before the job was done so this exhibition is a memorial to him and his life’s work. It was a near impossible task to choose the images for the exhibition, there is enough to do ten shows, so maybe one day we will!

Our heartfelt thanks go to all the Farrells, especially to Mrs Manning Farrell, her daughter Cassie and son-in-law John Adams and most especially their daughter Georgia. Thanks also to Tania Sutton at the gallery who has worked on this project since the beginning. It goes without saying that many of these images have never been seen before, some were printed by David in his lifetime, some have been printed for the very first time from his negatives for this exhibition and are available in small editions, authorised by David’s estate.