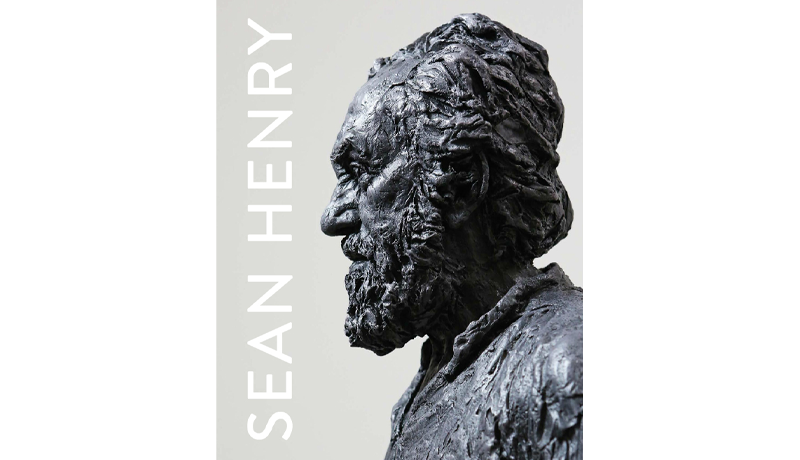 So much has been happening with Sean Henry since our last show at the gallery in 2012.
In the last year alone, he has had solo shows in New York, Brussels and Bad Homburg,
Germany, and Sean’s work has continued to evolve, both in scale and complexity. His
working methods are the same, his subject matter perhaps more challenging and diverse.
His sculptures continue to surprise and in settings such as Glyndebourne Opera or the lofty
heights of Salisbury Cathedral they take on a new dimension, form a new dialogue with the
viewer. The North Yorkshire Moors are still to come.

This engagement with the world is at the heart of Sean’s work. His figures are never static,
always on the edge of some significant change, either spiritual or physical, they draw you in
emotionally, ask questions, expect you to share in their fortunes and misfortunes.
A dealer should never interfere with the creative direction that artists take, but there was
a moment during a visit to Sean’s new studio when I was struck by the raw power of a work in
progress, the new sitting man.

Usually the clay models as they evolve are kept under wraps, mainly to keep them damp,
so studio visits often involve a degree of guesswork as to what exactly is going on under the
covers. In this case the half finished figure was uncovered and we started to discuss how we
might cast a sculpture in bronze at this stage in its evolution, catching the unfinished work and
in doing so emphasise the emotional and visceral strength of the figure. Since then Sean has
experimented, starting first with the piece “The Dinner Table”. Some pieces are a little more
loosely modelled and he has also experimented with monochromatic paint finishes. The result
is figures that evoke more strongly the feeling of the original clay and perhaps ask more of the
imagination of the viewer.

In the following pages the writer, critic and collector of Sean’s work Howard Jacobson has
contributed a fascinating essay, and Sean has also included a few words of his own. I hope that
you will be able to see the exhibition in person, and perhaps discover the short film we have
commissioned on the artist and his work, which will be on You Tube (and the gallery website) by
the time this catalogue is published.