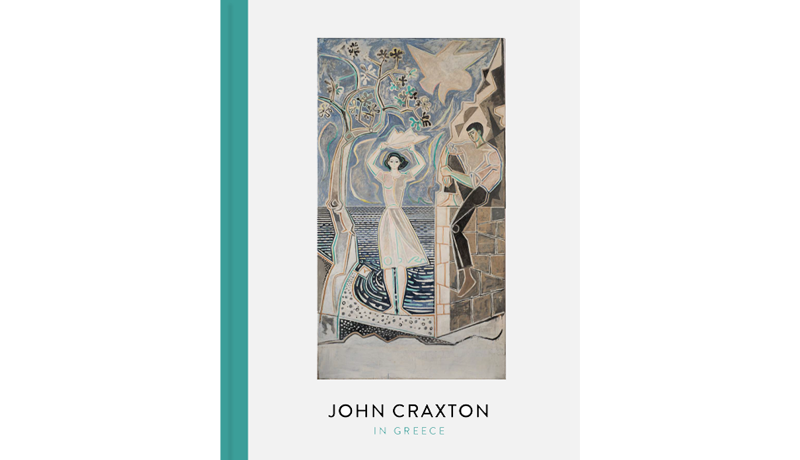 The pursuit of this exhibition began just after Christmas 1999. I arranged to meet my friend Nigel Farrow, owner of Lund Humphries Publishing, at Pallant House gallery to see the Craxton exhibition. The exhibition was housed in the ‘old building’ as the new extension did not then exist.

Nigel was keen on publishing a monograph on Craxton and asked what I thought? ‘Yes, absolutely’ I said, as there was no thorough study of his work. I’d known John Craxton since the early 1970s, when I first entered the art world and he was a firmly established painter. In the 1990s he was represented by the late Christopher Hull who had a gallery in Motcombe Street in Belgravia. So, I rang Christopher and we arranged to meet over dinner in the Fulham Road. The following week he called me to say that he’d spoken to John who wasn’t at all keen on any publication during his lifetime! He was also being simultaneously pursued by Ian Collins who was also trying to encourage him to agree to a monograph.

I continued to tenaciously pursue the idea of a monograph and pestered John whenever an opportunity arose. One occasion was the Olympia Art Fair in February 2003 where there was also a major show of Graham Sutherland’s work. John was on the panel of a seminar discussing Sutherland’s life and work. I tried again but he gave a polite refusal. On another occasion in 2007 we were both guests at a friend’s dinner party in the East End. At the time we had an outstanding Keith Vaughan exhibition on at the gallery for which we produced an excellent catalogue that I showed to John, once again trying to persuade to him that a monograph on his life and work was long overdue; but again nothing!

The following year I found myself an hour early for an appointment in Hampstead at an adjacent street to John’s home. So, I called him rather than walking the streets of Hampstead to kill time and was invited to come straight over and that coffee would be ready! I hadn’t been to the house for a long time; it is a rather deceptively ordinary looking house from the outside and doesn’t give any clues to its spacious interior which has been frozen in time, sometime in the early 1950s, in fact so authentic is it that it’s frequently used by television companies as a set. To the rear is a huge room with a balcony, hung with Craxton paintings. The room, the size of a hall, is big enough to house small concerts, rehearsals and recitals organised by the Craxton Memorial Trust in memory of John’s father Professor Harold Craxton O.B.E who was an eminent pianist and much-loved teacher.

We sat in a drawing room on the left of the hallway and Richard brought in coffee. We talked about his work, his home in Crete, a possible exhibition at the gallery and a book. I again suggested he meet Nigel Farrow one evening over dinner and discuss the possibilities; nothing to lose I told him. Dinner he said would be difficult as he hadn’t been well but to come over for drinks.

On a hot summer’s evening a few weeks later, Nigel and I arrived with two cold bottles of champagne. John was on top form; the photo albums of his work came out, he knew the whereabouts of every painting, who bought it and when. Before the last drop was poured he finally agreed. When I asked him who should write the monograph, there was only one man that he wanted – Ian Collins!

The book became a reality and was published by Lund Humphries in 2011 but sadly John never saw the finished book that was launched at reception at Tate Britain in a dedicated room with a collection of Craxton paintings and drawings. Osborne Samuel also launched the book
in the gallery with a more intimate exhibition of works on paper.

This exhibition overlaps with Charmed in Greece; Nikos Ghika, Patrick Leigh Fermor and John Craxton, all close friends who shared a love of Greece and its people.

Ian Collins is currently working on a biography of John Craxton and compiling a catalogue raisonné and is one of the curators of Charmed in Greece.

We would like to thank Richard Riley and Ian Collins for their friendship and support for this exhibition. And our thanks also to Richard Morphet, former Keeper of the Modern Collection at Tate, for his insightful contribution. Finally, thanks to my colleague Amy Tibble for her invaluable help in preparing this exhibition and catalogue.

Peter Osborne, Tania Sutton, our colleagues and I look forward to welcoming you to this exhibition.