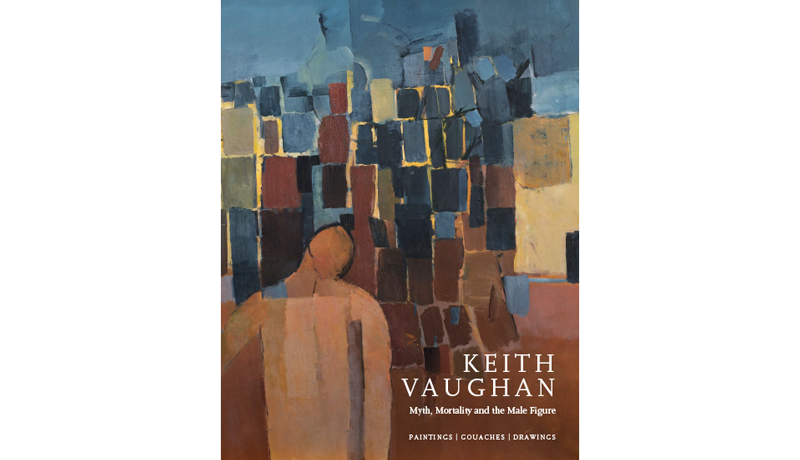 This is the fourth major exhibition of Keith Vaughan at Osborne Samuel, one of the most outstanding painters of his generation and one with whose work we have a particular association.

In 2007 we set ourselves a benchmark with our first Vaughan exhibition, having assembled an exceptional body of work, many from the collection of the late Sir Peter Shaffer. In 2011 we mounted an exhibition of gouaches and drawings and in 2012 we commemorated Vaughan’s centenary with a second major exhibition. All three exhibitions were accompanied by substantial catalogues. In the 2007 exhibition we transcribed a conversation between the late John Ball, the great Vaughan collector, and Sir Nicholas Goodison. For the centenary exhibition Gerard Hastings edited the transcription of Keith Vaughan’s interview with Patrick Procktor for the Russian Programme broadcast on the BBC in 1962.

There is continuing demand for our exhibition catalogues as well as Keith Vaughan the definitive monograph by Gerard Hastings and Philip Vann, which we co-published with Lund Humphries. All these titles are available from the gallery.

The centenary year saw a number of exhibitions including the exemplary Pallant House Gallery in Chichester who organised a major retrospective which proved as popular as it was informative. In 2013 the National Museum of Wales in Cardiff presented Keith Vaughan – Figure and Ground and in 2014 Brighton Museum showed Keith Vaughan – A Volatile Medium.

It has been quite a task to equal these achievements, but we believe that this show is a worthy tribute to the artist. We are presenting over fifty paintings, gouaches and drawings, some generously lent by private collectors and not seen in public for many years. At the gallery we still believe strongly in the importance of comprehensive exhibitions of our key artists, particularly as fewer galleries are now rising to the challenge!

As always we are very grateful to Gerard Hastings for his enthusiastic support and insightful essays on the individual works, particularly for his extensive research on Vaughan’s masterpiece Theseus and the Minotaur.