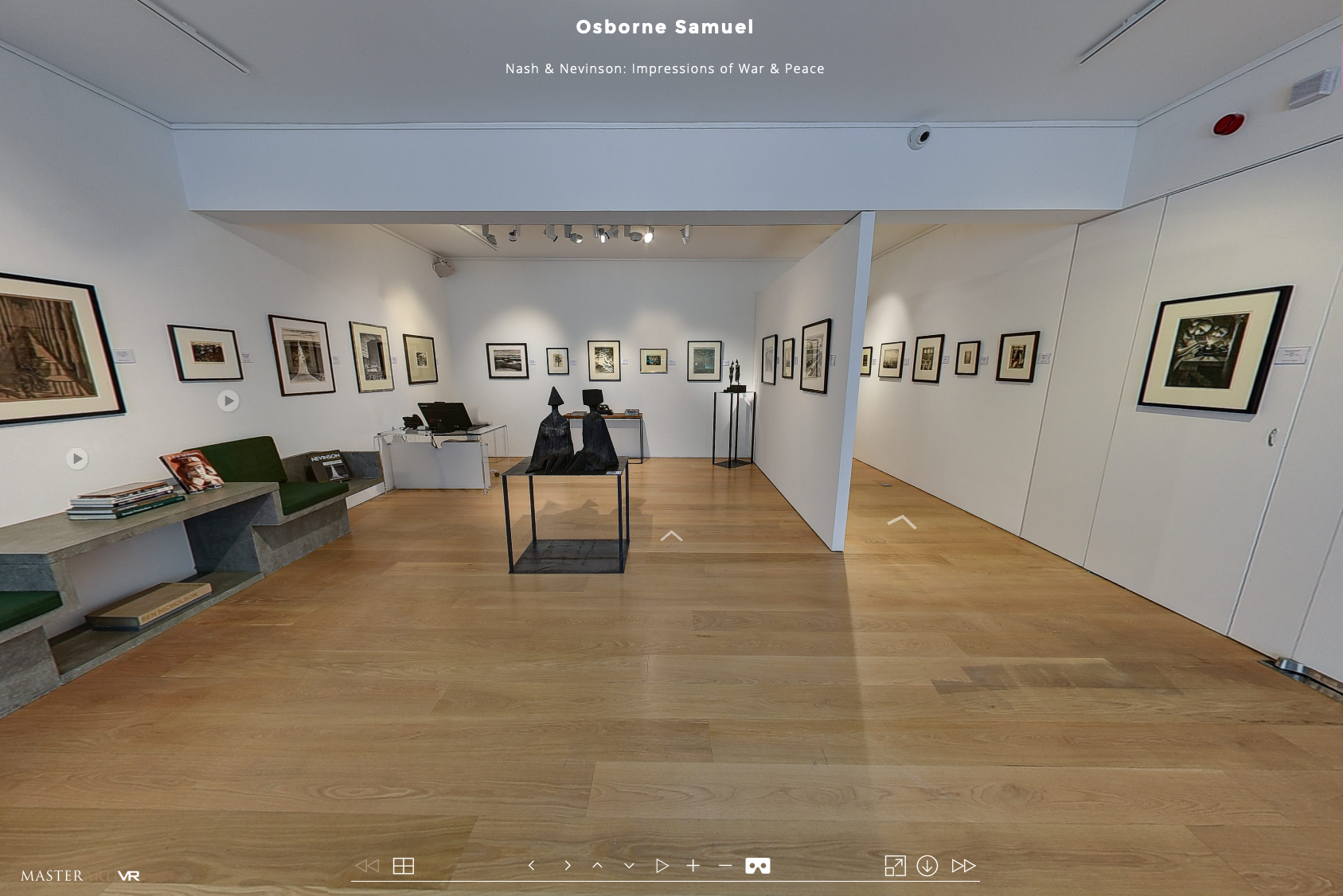 Nevinson was a more prolific printmaker, creating a total of around 150 prints between 1916 and 1933. Prints by CRW Nevinson in this exhibition include his Futurist masterpiece ‘Returning to the Trenches’.  Other rare works include, ‘Swooping Down on a Taube’, ‘Acetylene Welder’ and ‘Banking at 4000 Feet’, made in 1917 for the set ‘Making Aircraft’ published by the Department of Information. Other war subjects include ‘The Road from Arras to Bapaume’, ‘After a Push’, ‘Over the Lines’, ‘Ypres after the Second Bombardment’, ‘Reclaimed Country’ and ‘Nerves of an Army’. Also made during 1917, perhaps as a respite to the war, is his extraordinary lithographic masterpiece ‘The Blue Wave’. Post-war works include his prints of London, New York and Paris including the large etching of ‘Blackfriars’, 1926-7, ‘New York, An Abstraction’, 1921 and ‘From a
Paris Window’, 1922.