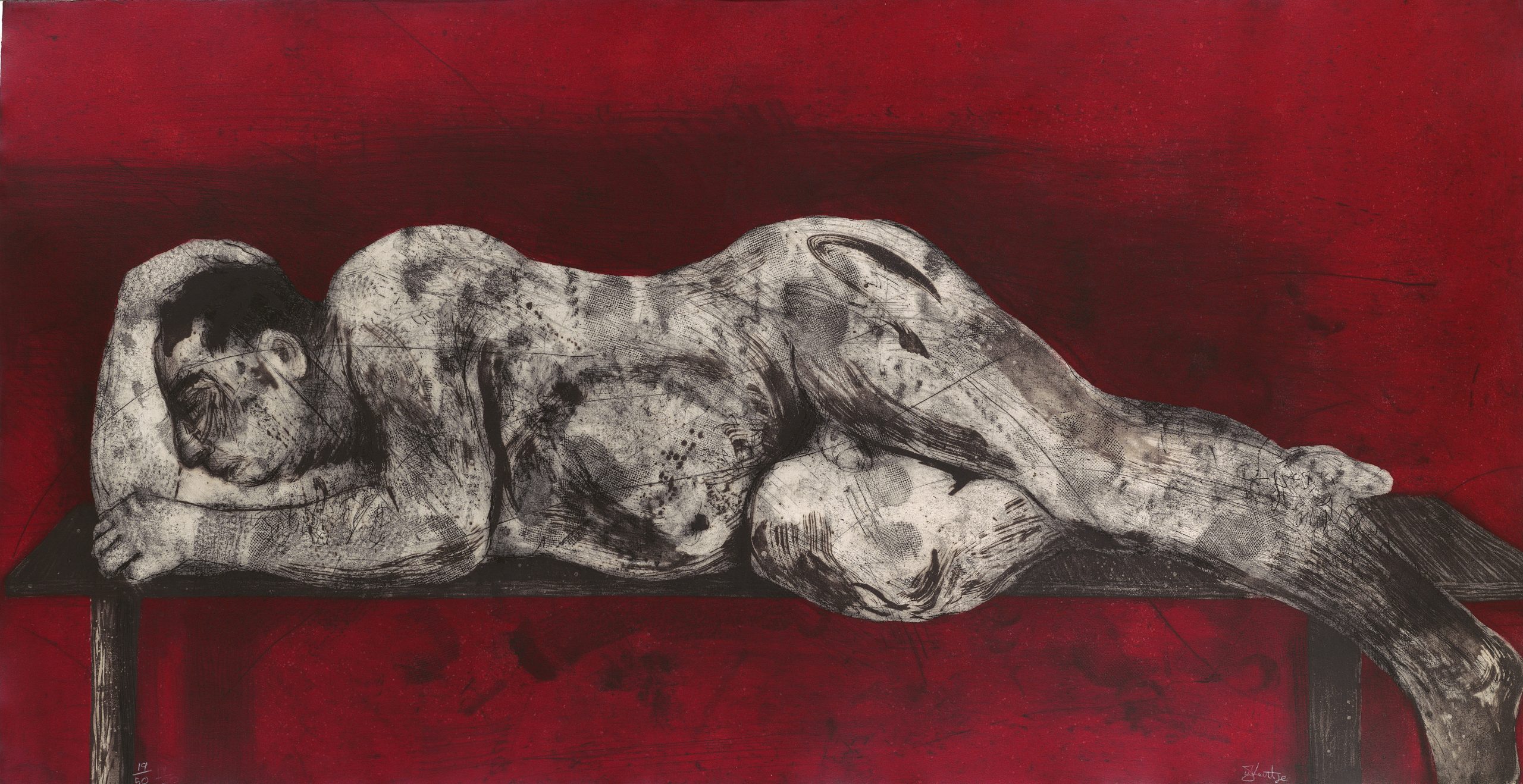 This week’s ‘Staff Feature’ is the Sleeper series by William Kentridge, chosen by Amy Tibble.

“The ‘Ubu Tells the Truth’ etchings were the starting point for a theatre production ‘Ubu & the Trust Commission’ (1997). The Sleeper prints were made after the theatre production was completed. I had worked on a series of messy drawings of a naked man, sometimes enclosed by the white Ubu line drawing, trying to get some of the feel of the theatre production in them. With the first set of drypoints I had used a thumbprint and printed the heel of my hand to suggest the flesh texture. With the large drawings one has to pull shape and texture into the drawing on a larger scale. I wheeled a bicycle across the paper, hit with a charcoal-impregnated silk rope, invited children and cats to walk over it, spattered it freely with pigment. The Sleeper prints used a range of materials and objects placed in soft ground to try to effect the same damage upon the paper.” – William Kentridge (p.66 William Kentridge Prints, David Krut Publishing)

The Sleeper series speaks to one of Kentridge’s main themes, the desire to forget or shield oneself from challenging or problematic realities of history and the present day. Works such as the Sleeper series explore the white South African psyche and the relationship to it’s history of exploitation during the period in which the system of apartheid was first contested and then dismantled. Sleep here stands for the state of ‘blissful ignorance’, a preoccupation with the internal and domestic, allowing the public and political world to be forgotten. However a sleeper will always wake, and it is this moment of self-knowledge and recognition that Kentridge returns to in his work.