On 3 December 1938 Picture Post introduced 'The Greatest War Photographer in the World: Robert Capa' with a spread of 26 photographs taken during the Spanish Civil War. But the 'greatest war photographer' hated war. Born Andre Friedmann to Jewish parents in Budapest in 1913, he studied political science at the Deutsche Hochschule für Politik in Berlin. Driven out of the country by the threat of a Nazi regime, he settled in Paris in 1933. He was represented by Alliance Photo and met the journalist and photographer Gerda Taro. Together, they invented the 'famous' American photographer Robert Capa and began to sell his prints under that name. He met Pablo Picasso and Ernest Hemingway, and formed friendships with fellow photographers David 'Chim' Seymour and Henri Cartier-Bresson. From 1936 onwards, Capa's coverage of the Spanish Civil War appeared regularly. His picture of a Loyalist soldier who had just been fatally wounded earned him his international reputation and became a powerful symbol of war. After his companion, Gerda Taro, was killed in Spain, Capa travelled to China in 1938 and emigrated to New York a year later. As a correspondent in Europe, he photographed the Second World War, covering the landing of American troops on Omaha beach on D-Day, the liberation of Paris and the Battle of the Bulge. In 1947 Capa founded Magnum Photos with Henri Cartier-Bresson, David Seymour, George Rodger and William Vandivert. On 25 May 1954 he was photographing for Life in Thai-Binh, Indochina, when he stepped on a landmine and was killed. The French army awarded him the Croix de Guerre with Palm post-humously. The Robert Capa Gold Medal Award was established in 1955 to reward exceptional professional merit. 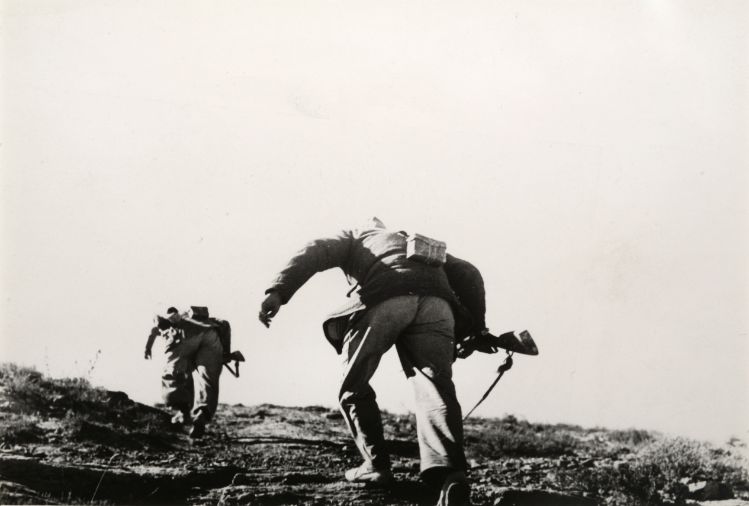 Early in November 1938 Capa covered two crucial battles on the Aragon front, in northeastern Spain. On November 5 he was at Mora de Ebro, on the Ebro river, with Ernest Hemingway. Hoping to prevent the Loyalists from crossing the river, the fascists had bombed the Mora bridge and opened the dams in the north. The day ended in a massive Loyalist retreat.

The next night, in an effort to divert the fascists rom Mora, Loyalist troops launched an offensive near Fraga, on the Rio Segre, about forty miles to the north. When news of the offensive reached Barcelona early in the morning of November 7, Capa rushed to front. The British magazine Picture Post published eleven pages of the photographs Capa made that day and hailed him as “the greatest war photographer in the world”.