Painter of still life, flowers and animals in oils, watercolours, gouache and collages; muralist. She studied at the Slade School under Schwabe 1932-6, and has exhibited at the RWA, with the LG (becoming a member between 1962 and 1964) and with the WIAC. She has also shown at major London art galleries including the Redfern Gallery 1953-67, the Hamet Gallery 1970-3, and the New Grafton Gallery from 1975. Her work has appeared in many provinces, in group exhibitions and in many public collections including the Tate Gallery. Between 1958 and 1964 she taught at the RCA and from 1965 to 1970 at the Yehudi Menuhin School. She was chairman of the WIAC 1956-8 and in 1984 was elected President of the RWA. Her mural commissions include work for the Festival of Britian, 1951, the P&O Liner Canberra, 1961, and work for Charing Cross Hospital, 1980, in collaboration with her husband Julian Trevelyan. Her work has strongly painted, simplified forms presented with an innocence of vision. Often still-life elements are set against windows or other framing devices and combined with landscape. All her subjects are executed in an expressive technique and a sophisticated range of clear colours applied in bold areas. LIT: See Fedden's two articles about her work in the Artist (UK), Vol. 99, Oct and Nov 1984; article in The Green Book, vol.3, no. 4, 1990; Mary Fedden, Mel Gooding, Scolar Press, 1995. 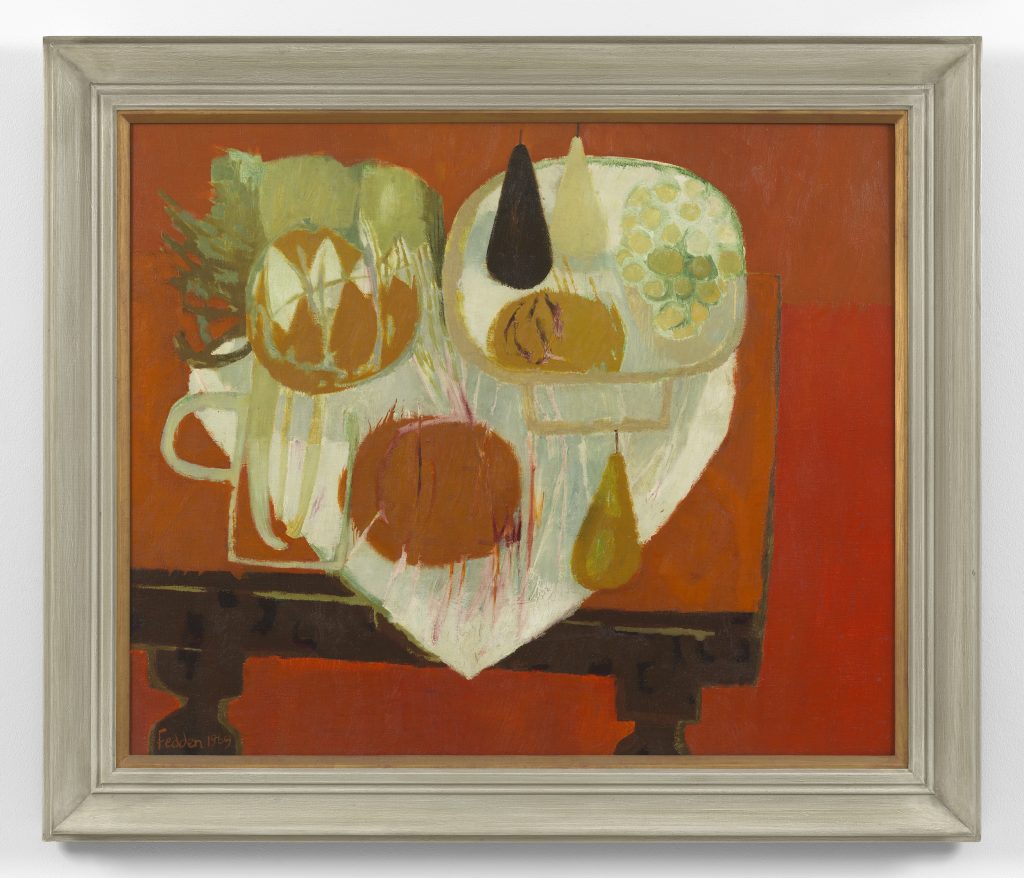 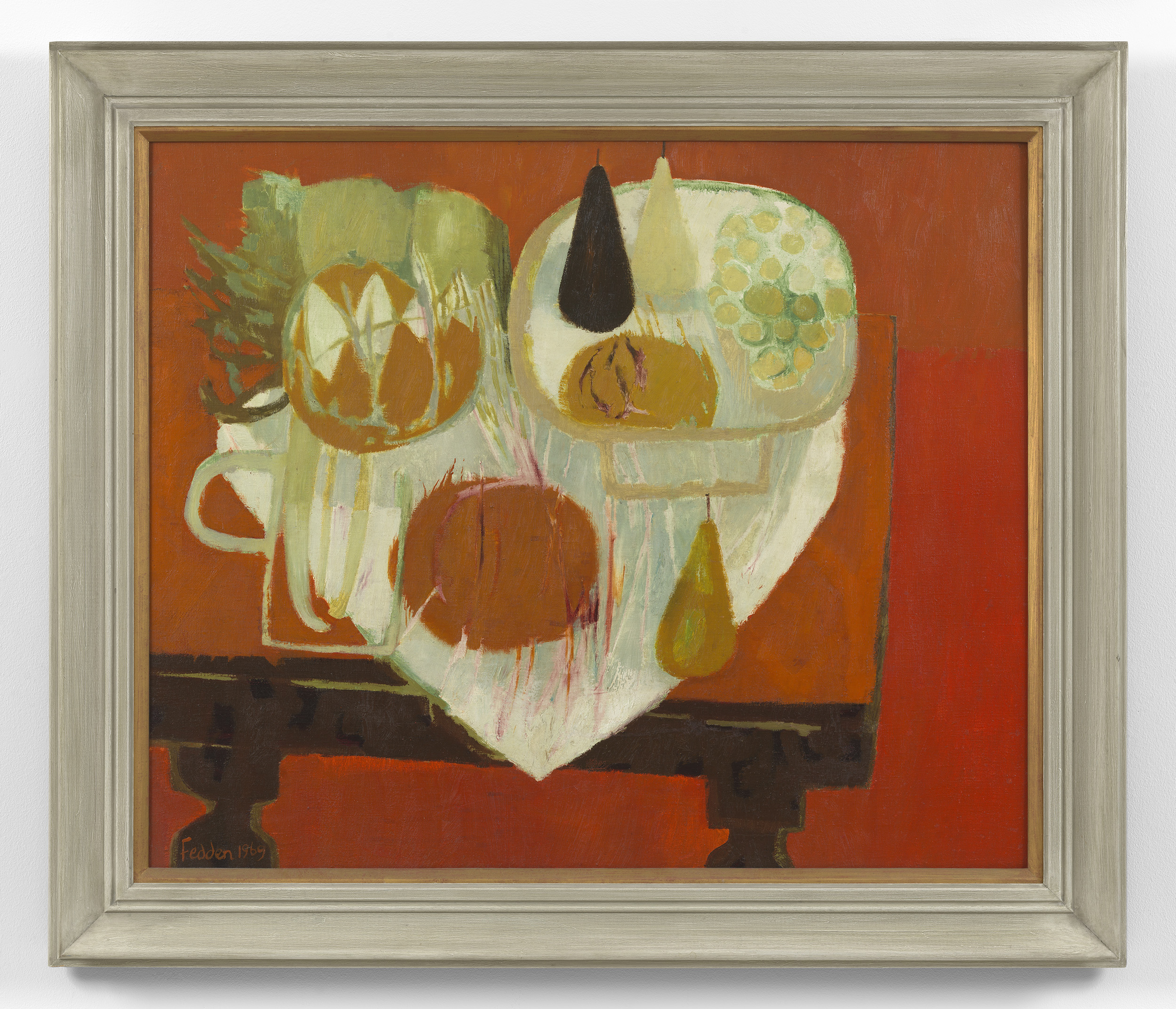 Private Collection, UK (purchased from the above 2001)

Having studied at the Slade under the Russian artist Vladimir Polunin, known for his designs for Diaghilev and the Ballets Russes, Mary Fedden held her first solo exhibition at Heal’s department store in 1947. The sale of one of these flower paintings to the editor of Woman led to a three-year commission for magazine covers. ‘I did these paintings quite quickly’ she recalled, ‘and in between, I could get on with my own painting, and started selling fairly well.’

While Polunin had instilled a feeling for colour and form, it was alongside Fedden’s husband, Julian Trevelyan, that her painting developed in the 1950s. Trevelyan was a founding member of the British Surrealist Group, had worked in Paris at the same time as Picasso and Max Ernst, and studied printmaking with Stanley Hayter at Atelier 17. Fedden’s Red Table (1969) is likely to have been painted at Durham Wharf, the riverside studio between Hammersmith and Chiswick, where she joined Trevelyan in 1949.

Still life was the ‘real love’ to which Fedden returned time and again.[1] Red Table presents its subject from above and sidelong, characteristically flattening the surface on which the objects rest. The tablecloth forms an irregular ground for a miscellany of fruit and a glass jug, generously filling the canvas and depicted in palette of russets, oranges and browns, in places scraped back. At the top, a pair of contrasting-toned pears stands sentinel. This was a period of particular significance to Fedden, who later regretted she could no longer paint as she did in the 1960s, ‘with loose outlines to each colour’, rather than the hard edges of ensuing decades.[2]