copyright The Redfern Gallery Painter of abstracts and semi-abstracts in oils and acrylic; collagist and constructivist. Born in Burma, he studied art under Stnhope Forbed at Newlyn in 1938 and attended the Slade School in 1939 and 1945-7 under Schwabe. As a prisoner of war he met and taught Terry Frost and in 1949 and 1951 visited St Ives where he met Ben Nicholson. In the early 1950s he was associated with the Martins, Pasmore and Anthony Hill and arranged exhibitions in his studio for abstract artits. Influenced by Hambridge, Ghyka and D'Arcy Thompson, he published the essay Abstract Art: Its Origins and Meaning , Alec Tiranti, 1953, and between 1953 and 1954 made a series of constructions. He exhibited first at the Musee Carcassone, 1948, and from 1953 showed at the Redfern Gallery, London, as well as at other London gallerues, in the provinces and abroad. his work has been shown in may group exhibitions and is in national and international public collections including the Tate Gallery and the Hircshorn Gallery, Washington. he taught at Bath Academy of Art from 1955 to 1976, and at the University of Reading from 1980-5. In 1969 he was Artists in Residence, university of Sussex, and Senior Fellow, Glamorgan Institue of Higher Education, 1977-80. His painting moved from abstraction to semi-abstraction and developed a style which retained memories of nature and combined the abstract with the experience of the motif. his drawings from nature and the figure became sources for painterly invention. LIT: Exhibition catalogue, Pallant House Gallery, Chichester, 1981 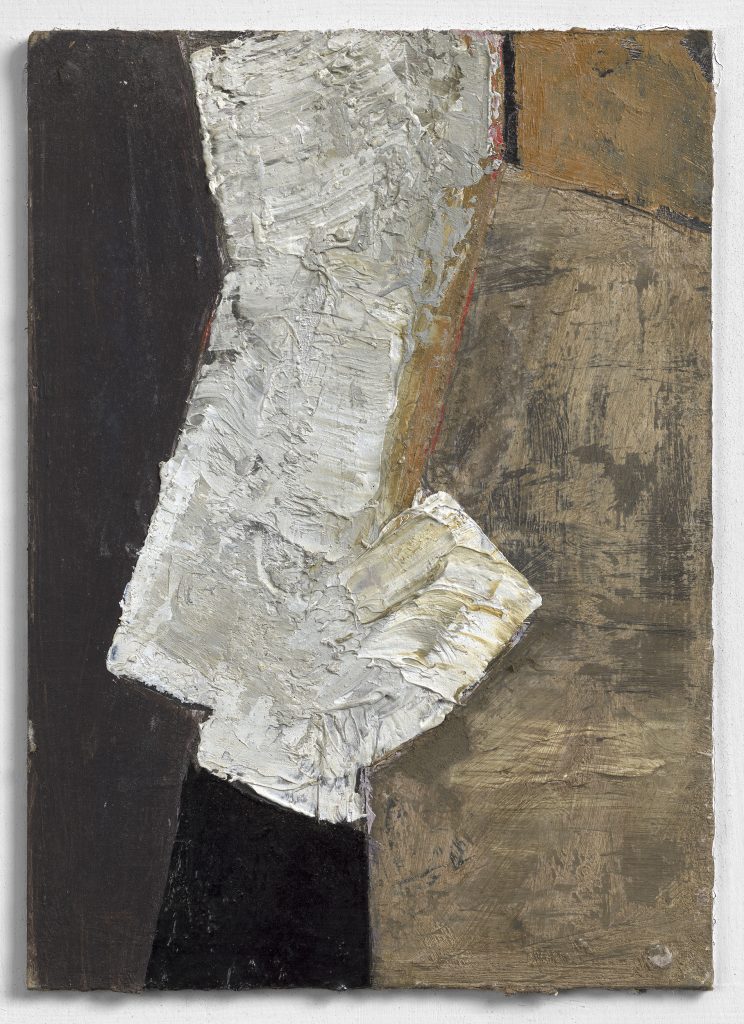 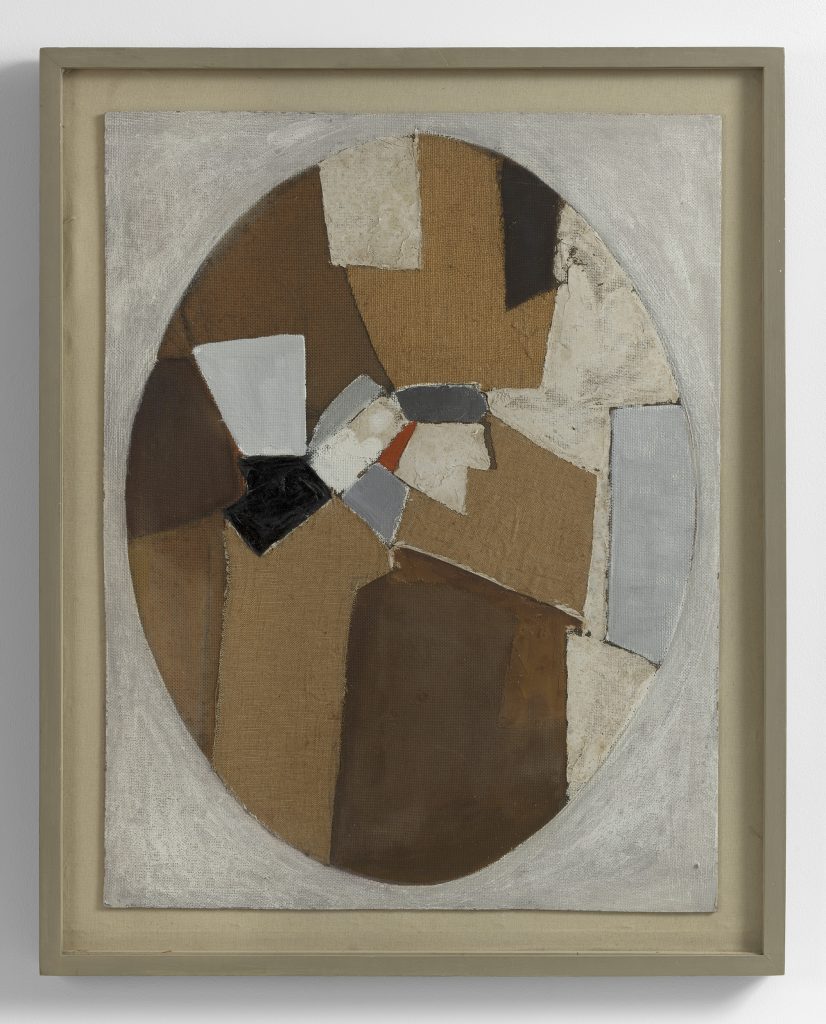 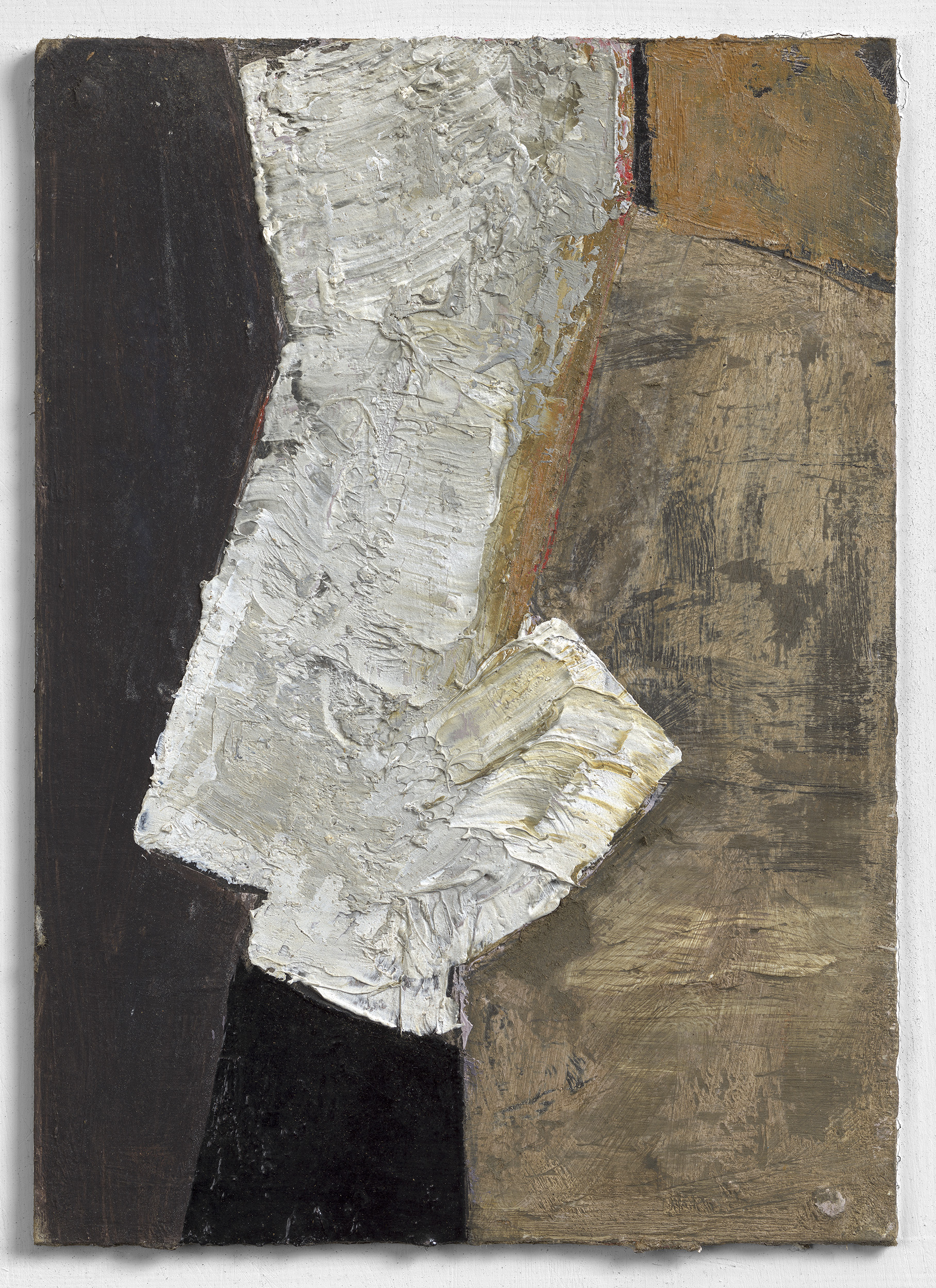 Private Collection, UK (purchased from the above 2002)

Yellow, Ochre, Blue, by contrast to other works of Heath’s, is a small-scale study contained within a conventional rectangle. What is intriguing, here, is the parallel to Heath’s use of collage, whereby he might use thick paper or card as ‘counters in a game’ to demarcate areas and indicate the state of development of a work. While enjoying the contrast between ‘ready-made’ and painted surfaces, Heath usually resorted to paint as a more permanent mode when working with colour.[1] In Yellow, Ochre, Blue, the composition consists of overlapping planes, in thickly applied paint, suggesting a layering and interleaving of forms. 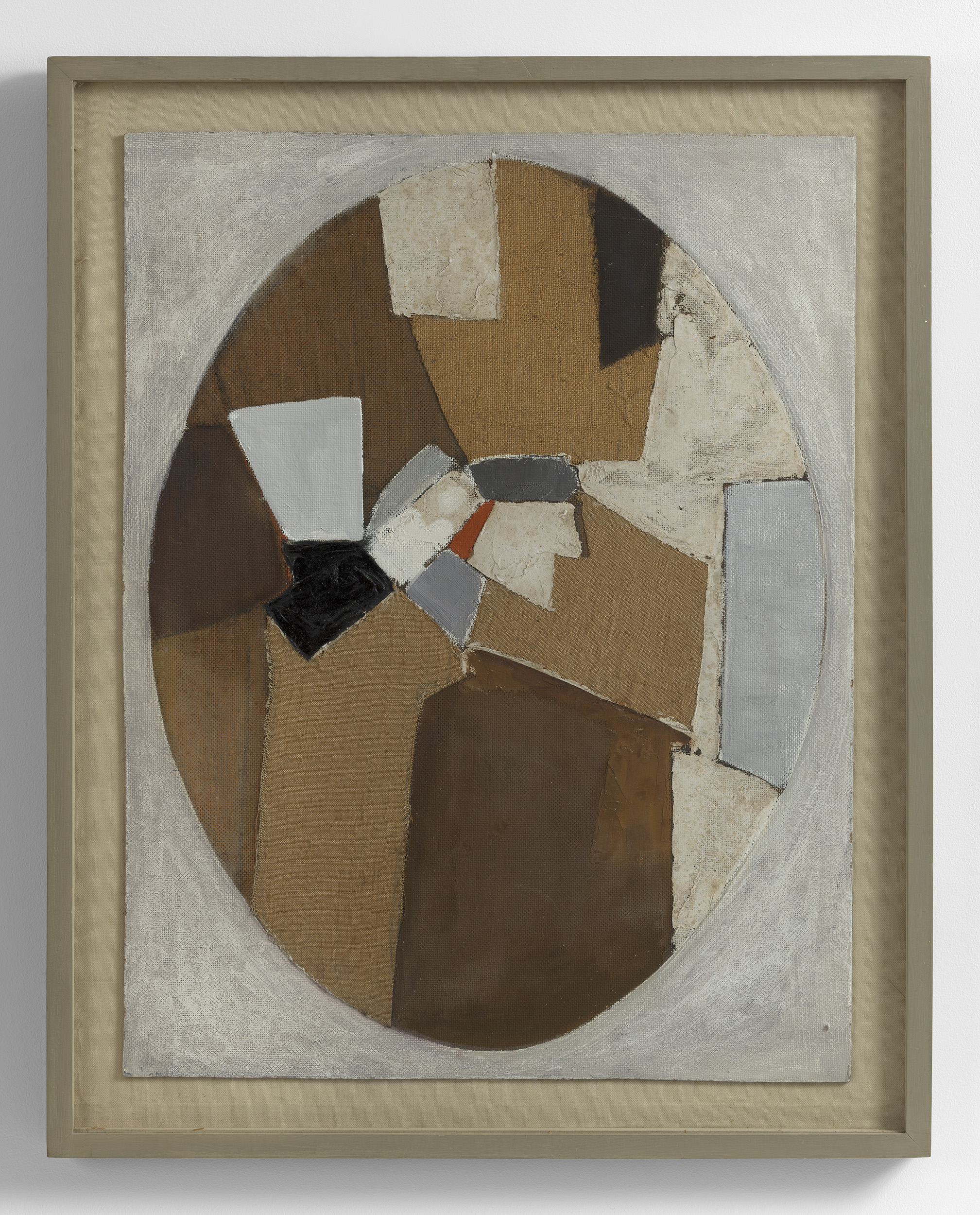 Private Collection, UK (purchased from the above, 2001)

Adrian Heath, at the centre of a small group of British avant-garde artists in the 1950s, was responsible for compiling Nine Abstract Artists (1954): a book including statements by the artists concerned – himself, Robert Adams, Terry Frost, Roger Hilton, Kenneth and Mary Martin, Victor Pasmore and William Scott – while contextualising their work in the development of abstract art since the 1930s. The publication was preceded by three exhibitions mounted in Heath’s studio at Fitzroy Street, London, where paintings and sculpture were displayed in a stylish, quasi-domestic environment.

Photographs of the first exhibition, in March 1952, show two oval paintings by Kenneth Martin and Victor Pasmore, a format that Heath would adopt for a series made between 1956 and 1959. For Heath, the origin lay in D’Arcy Wentworth Thompson’s book, On Growth and Form (1917), which demonstrated the ubiquity of spiral structures in nature. Oval Theme (1) builds outwards from a central red wedge, unfurling through larger slabs of colour towards the edge of the composition. The materiality of the work – incorporating hessian and Polyfilla – endows it with a tough physicality.

In Nine Abstract Artists, Heath identified the importance of the size and format of the area to be painted, as well as his intention that colours and forms should bear evidence of their transitions, becoming richer through the process. As he wrote,

The thing of interest is the actual life of the work: its growth from a particular white canvas or board.[1]

With Oval Theme (1), the relatively large scale and unusual format directed the evolution of the composition.