It has been a life-long ambition to attempt an exhibition on this scale. CRW Nevinson – A Printmaker in War and Peace is, to my knowledge, the largest and most comprehensive exhibition of Nevinson’s prints ever seen. And we also include in the show some selected drawings and paintings.

As a South Londoner, my childhood local museums were the wonderful Dulwich Picture Gallery and the Horniman Museum, with the Imperial War Museum just a bus ride away. The War Museum of course attracted a 12 year old schoolboy like a magnet and I was immediately awestruck being up close to real airplanes suspended above my head, real tanks to try and climb onto, cannons and guns and all the trappings of war; it was irresistibly fascinating and continues to be so today to all schoolchildren.

But, during my frequent visits to the museum, I soon ventured beyond the planes and tanks into the museum’s picture collection and my attention was gripped by the paintings of war, particularly the First World War. I wasn’t then aware who the artists were but I was mesmerised by the horrors of war depicted on such a grand scale. I must have looked at Nevinson’s The Harvest of Battle, 1919, Paths of Glory or the desolated landscape of After a Push, 1917 and The Road from Arras to Baupaume, 1918. I must also have seen the set of six lithographs of The Great War: Britain’s Efforts and Ideal – Build Aircraft included in this exhibition.

My first major purchase of Nevinson’s prints as a dealer was a group of about a dozen or more in the early 1980s. I showed a selection of them at the very first London Original Print Fair at the Royal Academy of Arts, I think the most expensive was about £1000 for French Troops Resting, 1916. I sold several of the prints to Richard Attenborough, the late Lord Attenborough, which resurfaced at his extraordinarily successful auction sale at Sotheby’s in November 2009. In fact, I recall him telling me that the inspiration for his award winning film Oh What a Lovely War! came from a small Nevinson drypoint he once owned of a group of soldiers perched atop a telegraph pole mending the lines of communication – it is titled Nerves of an Army, 1918 and is in the present exhibition; in fact, he reconstructed the scene in the film.

The catalogue raisonné to be launched at this exhibition has had a long gestation period but finally came together over these past eighteen months. Dr Jonathan Black has compiled the complete catalogue of Nevinson’s prints from 1916 to 1933 and written four perceptive essays on Nevinson as a printmaker, documenting his prints of the Great War, London, Paris and New York. This excellent new publication is available for sale in the gallery. 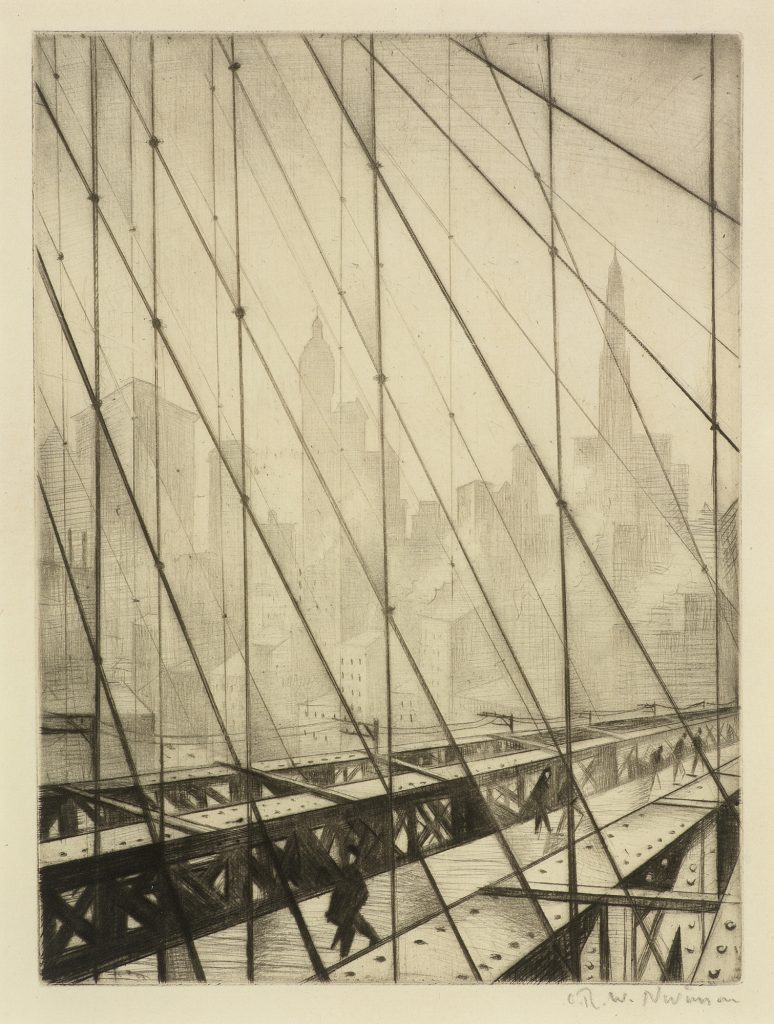 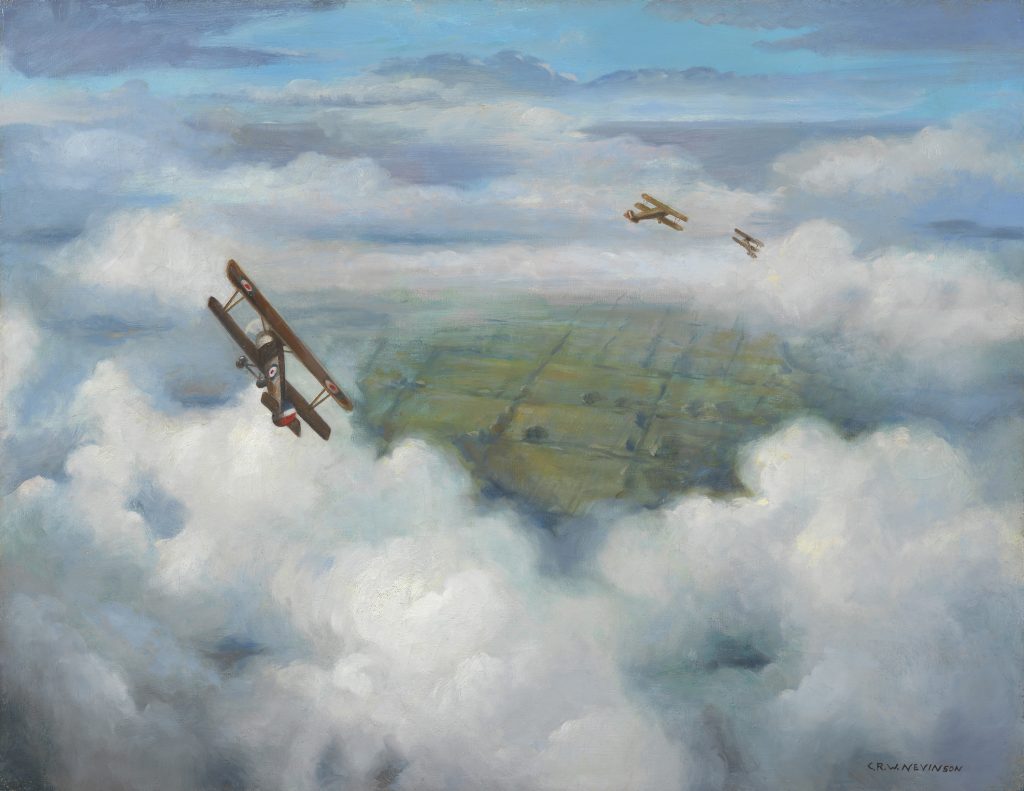 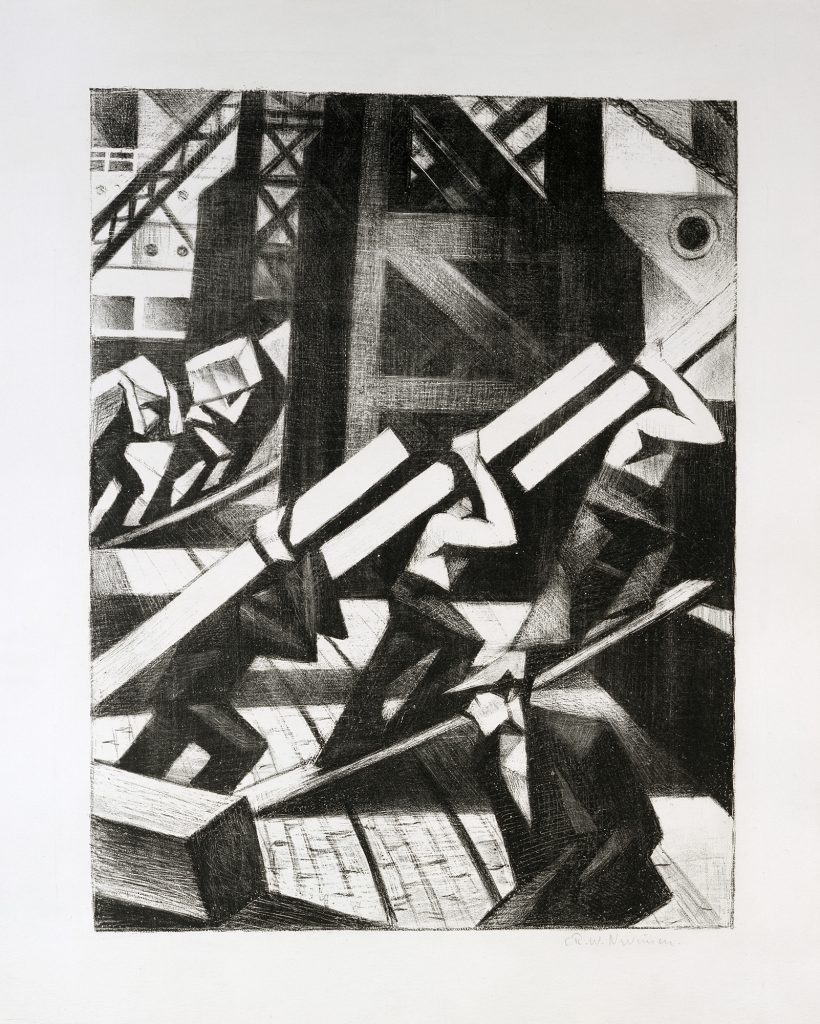