This exhibition has had a rather long gestation period since other important events took precedence. These include the two major exhibitions of Keith Vaughan; the first was held in 2007, followed by the second commemorating the centenary of his birth in 2012. In 2011 we showed John Craxton – Works on Paper, Linocuts and Prints and, in the spring of 2015, we followed this with an equally comprehensive exhibition of the works of Prunella Clough. All three artists were associated with what has been labelled Neo-Romantic Art, a term first coined by Raymond Mortimer, and also frequently used in the writing of the artist and one-time Assistant Keeper at the Tate, Robin Ironside. Other artists most frequently associated with Neo-Romanticism are primarily Graham Sutherland, Paul Nash, John Piper and Henry Moore (in particular his wartime shelter drawings), followed by the younger generation that included Michael Ayrton, John Minton and the ‘Two Roberts’, Colquhoun and MacBryde. Included in this exhibition are Alan Reynolds’s pictures of the Kent landscape from the early 1950s, which in some respects are the very essence of Neo-Romanticism, and some early work by Michael Rothenstein. Both these painters have been excluded from certain survey exhibitions over the years.

Neo-Romanticism is a difficult term to define; its boundaries and content are governed more by ‘A Spirit of Place’ (the apt title of Malcolm Yorke’s 1988 publication Nine Neo-Romantic Artists and their Times) and an impulse to convey a sense of Britishness. This is dictated by the topography of our island, its landscape, coastline, weather, history, literature and its uniqueness, rather than by any stylistic interpretation, language or school. This exhibition considers Neo-Romanticism, its origins in the work of William Blake, Samuel Palmer and Edward Calvert, to Graham Sutherland and his colleagues at Goldsmiths College of Art in the 1920s. We recognise influences beyond English borders such as the Parisian impact that Pavel Tchelitchew and the Russian émigré brothers Eugene and Leonid Berman had on the young Ayrton, Minton and Leslie Hurry.

Of course Colquhoun and MacBryde were both patriotic Scotsmen and the Welsh landscape held great significance for Sutherland, Piper, and Craxton. Despite these external influences, Neo-Romanticism is recognised as essentially English art, though considered somewhat parochial when compared to European art, which has always been deemed more progressive. Undoubtedly during the 1930s, and throughout the war, Neo-Romanticism flourished in cultural isolation in this country and, to this day, there continues to be a yearning for a romanticised Arcadian view of the British Isles.

There have been several exhibitions of Neo-Romanticism. These include The Imperial War Museum’s English Neo-Romantic Watercolours in 1982 and Fischer Fine Art’s exhibition in 1983, The British-Neo-Romantics 1935-1950, a joint exhibition with the National Museum of Wales. However, the most significant show was David Mellor’s exhibition A Paradise Lost – The Neo-Romantic Imagination in Britain 1935-1950 held at The Barbican Art Gallery in 1987 and accompanied by an informative catalogue. Poets in the Landscape in 2007 at Pallant House in Chichester explored the creative links between poetry, the pastoral vision and British art in the work of Romantic artists of the 18th and 19th centuries, as well as the Neo-Romantic artists of the mid-20th century. Incidentally in 2017 Pallant House will be marking the centenary of the birth of John Minton with a major exhibition. We are grateful to Gerard Hastings for another of his incomparable catalogue essays and his help in preparing this exhibition.

We look forward to welcoming you to our new gallery. 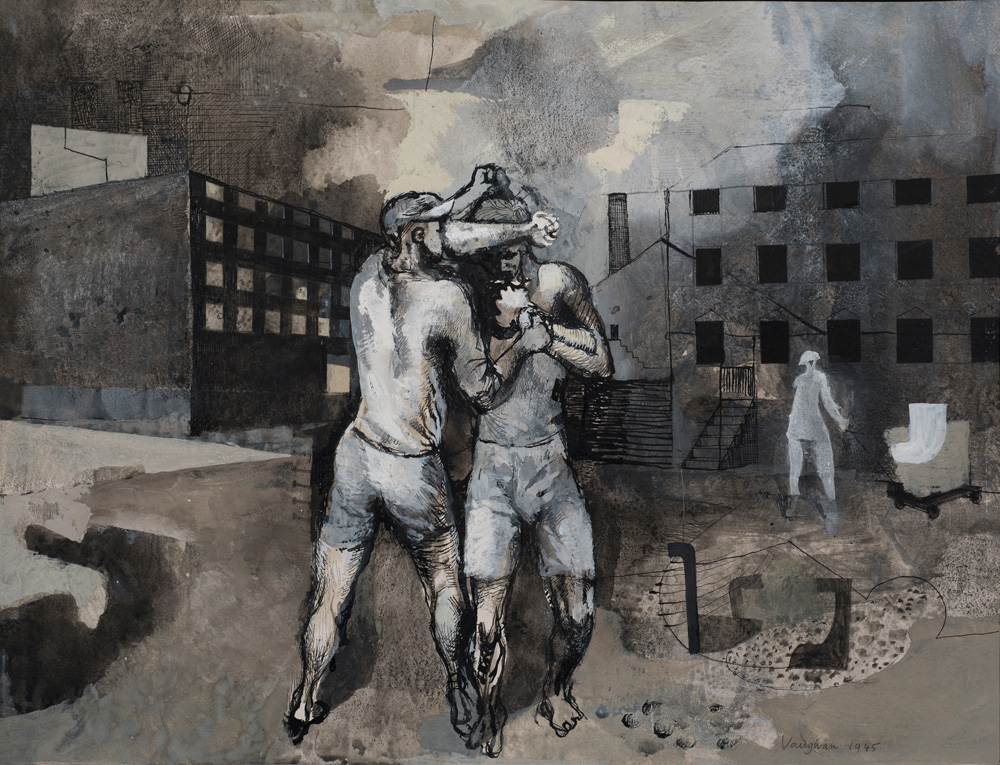 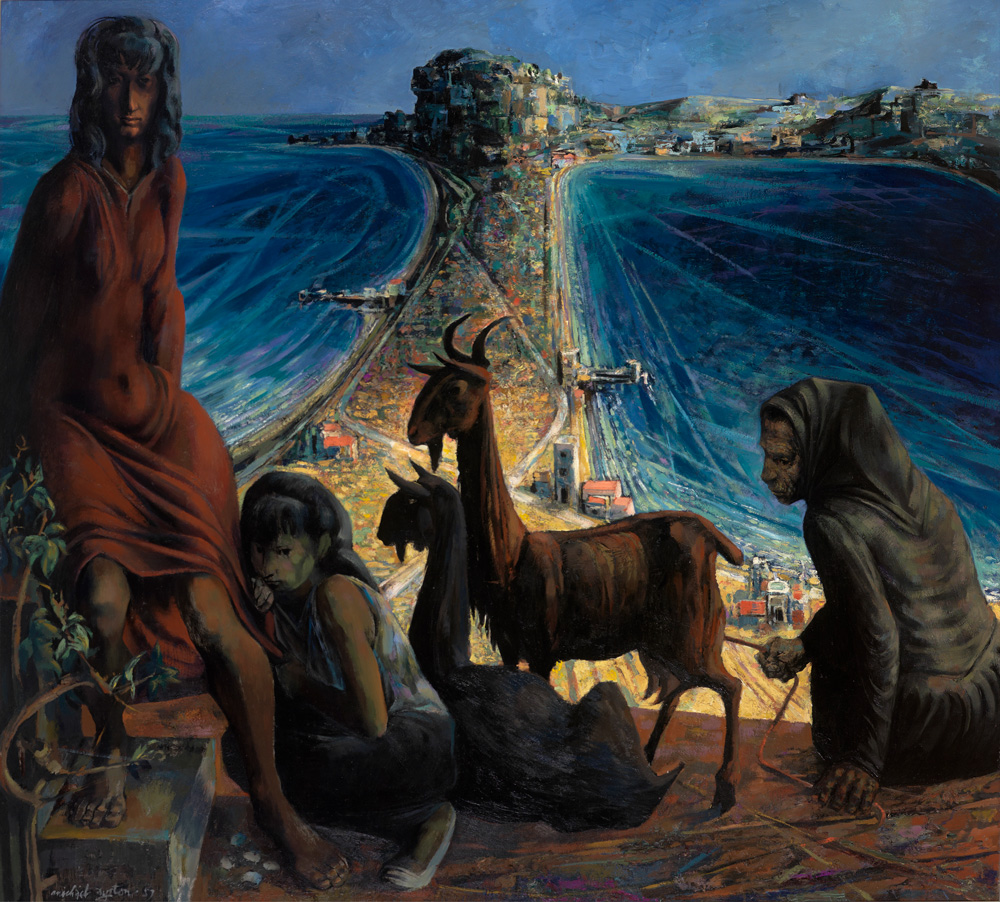 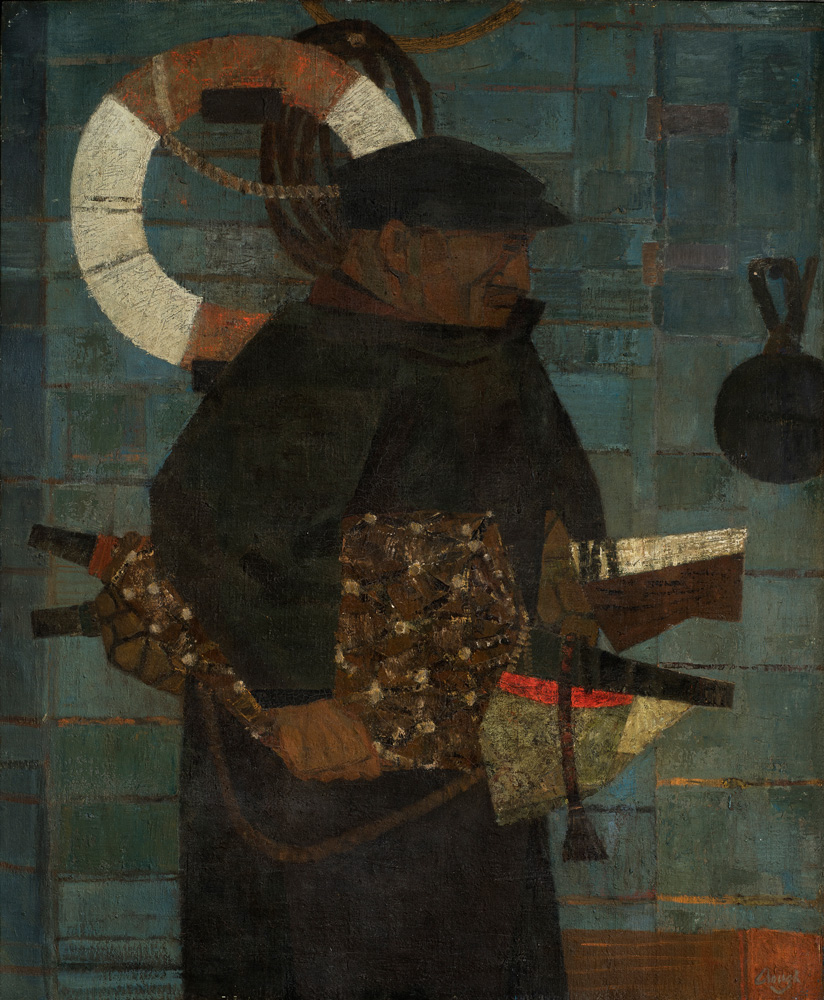