I photographed some of the most threatened species on Earth for this project. Some iconic, some lesser-known. Several are recognized the world over and it is surprising to find these iconic animals on the brink of extinction, animals still proudly represented in films and books, as cuddly toys in the menagerie of a child’s bedroom. I have always felt a sense of wonderment toward the natural world. As a child, I would go on walks, and spend time outside drawing and painting landscapes; I suppose I was what you might call reflective. I remember one occasion very vividly. I had been sitting in a corn field drawing my surroundings for days and had become so focused on my environment that, as a bee passed in front of me, I could feel its energy streaking through the sky as my own pencil scratched across my paper. That feeling of heightened awareness— of our own immersion in nature—has become something I am always seeking to  rediscover, and to communicate, in my work as a photographer.

Such a strong connection with our natural world is not some strange or arcane feeling; theories like the Gaia hypothesis have attempted to explain the incredible complexity of our planet, with its remarkable homeostatic capabilities—that perfect equilibrium that permits, sustains, and fuels life on our planet. Of course, if we cannot understand how Earth is able to maintain this environment for flourishing life, we will be unaware of the tipping point at which we may damage it irreversibly.

As I have been working on this book, I have become much more mindful of what modern conservationists call the Great Acceleration: the continuing exponential growth of humanity’s population, of our consumption, and of our emissions, and the resultant exponential decline of natural resources and animal populations. Many of the animal stories I cover in Endangered illustrate changes to the state of the natural world and I now have a visceral understanding of Sir David Attenborough’s observation that “If we damage the natural world, we damage ourselves.”

In this work, I feel incredibly privileged to have had the guidance of many prominent conservationists, who have stressed the importance of ecosystems. As an artist, I’m very honored to be collaborating on this book with scientist Jonathan Baillie, who shares my interest in conservation communication. The IUCN Red List of Threatened species has also been an invaluable resource, illustrating in phenomenal detail how quickly and how broadly animal species are undergoing dangerous and fatal declines.

Throughout this project, I felt fortunate to have witnessed and photographed some of the world’s most extraordinary animals. In Kenya, I have stood and looked the very last male northern white rhino in the eye. In the waters off the coast of the Galapagos Islands, I have watched hammerhead sharks circling serenely above me. In Mexico, I have turned my gaze upward to see thousands of monarch butterflies filling the sky
like golden confetti.

In all of this, I have been informed by studies regarding animal imagery and how  powerful their impact is upon our hearts, minds, and souls. In traditional wildlife photography, animals are seen in their environment—wild and free—and thus the sense of “otherness” (and of their separation from humans) is enhanced.

However, Kalof, Zammit-Lucia, and Kelly’s thought provoking 2011 study on the meaning of animal portraiture in a museum setting has shown that “placing animal representations in a visual context that is usually associated with human representation had the effect of enhancing feelings of kinship.” Dr. George Schaller, one of the world’s most respected biologists, has said: “You can do the best science in the world but unless emotion is involved it’s not really very relevant. Conservation is based on emotion. It comes from the heart and one should never forget that.” I think this is particularly true when communicating visually; we must be emotionally touched to spur us into action.

With that in mind, this book is something of an experiment: I have tried to bridge that otherness and instead invite sameness by creating portraits of animals that emphasize their personality, while incorporating abstracts and landscapes that show the material aspects of their ecosystems.People now talk about the Anthropocene epoch. They say that we have moved away from a world shaped by the flux of natural forces to one that is being shaped predominantly by humankind. This is a theory backed by powerful scientific evidence, and one that is guiding many creative and academic disciplines today.

The idea that the natural world is vulnerable has only entered the modern general consciousness in the last few decades. Throughout history, nature has been considered an immeasurably vast and infinitely bountiful resource; but today the power structures have changed, and the natural world depends on us as much as we depend on it.
The title of this book is Endangered, but the question is: to whom does that apply? 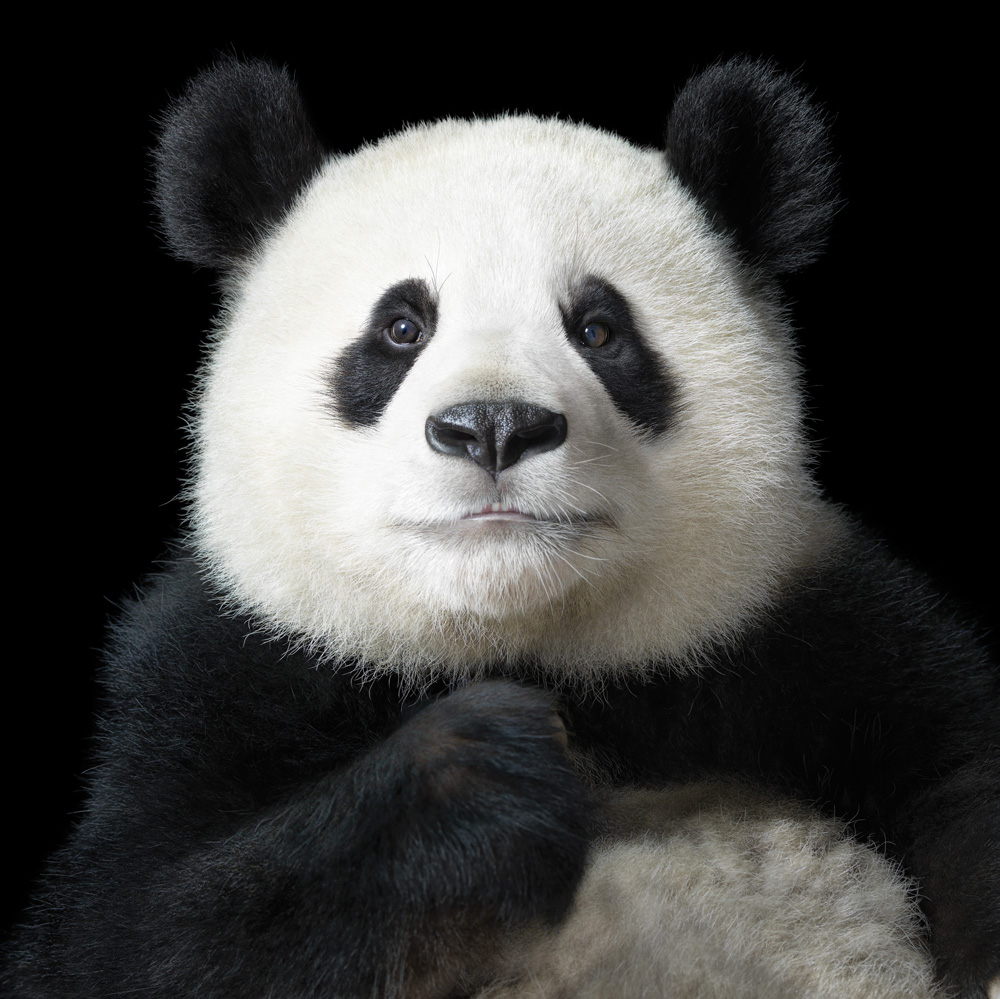 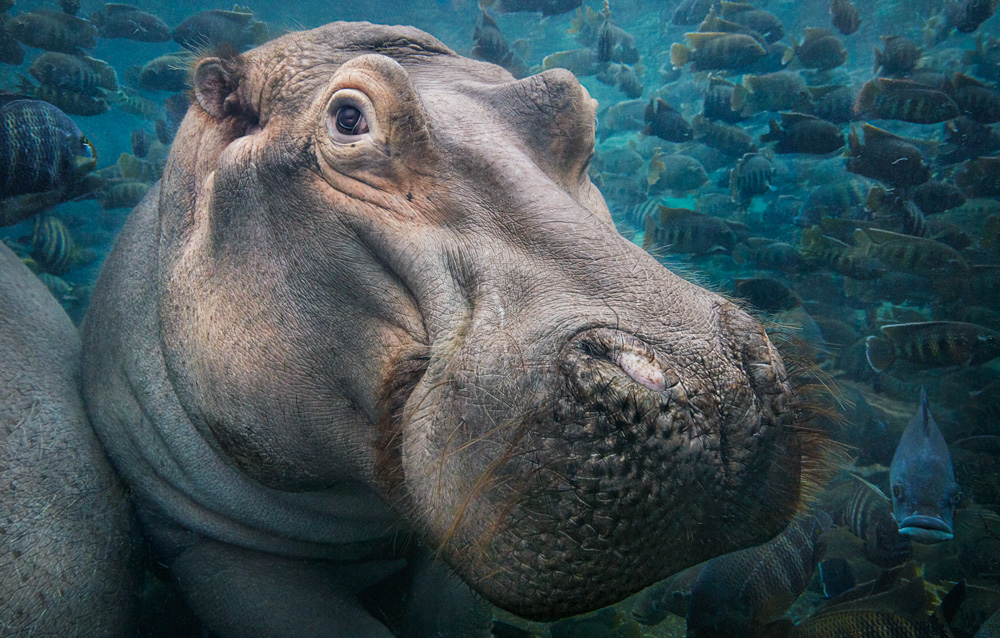 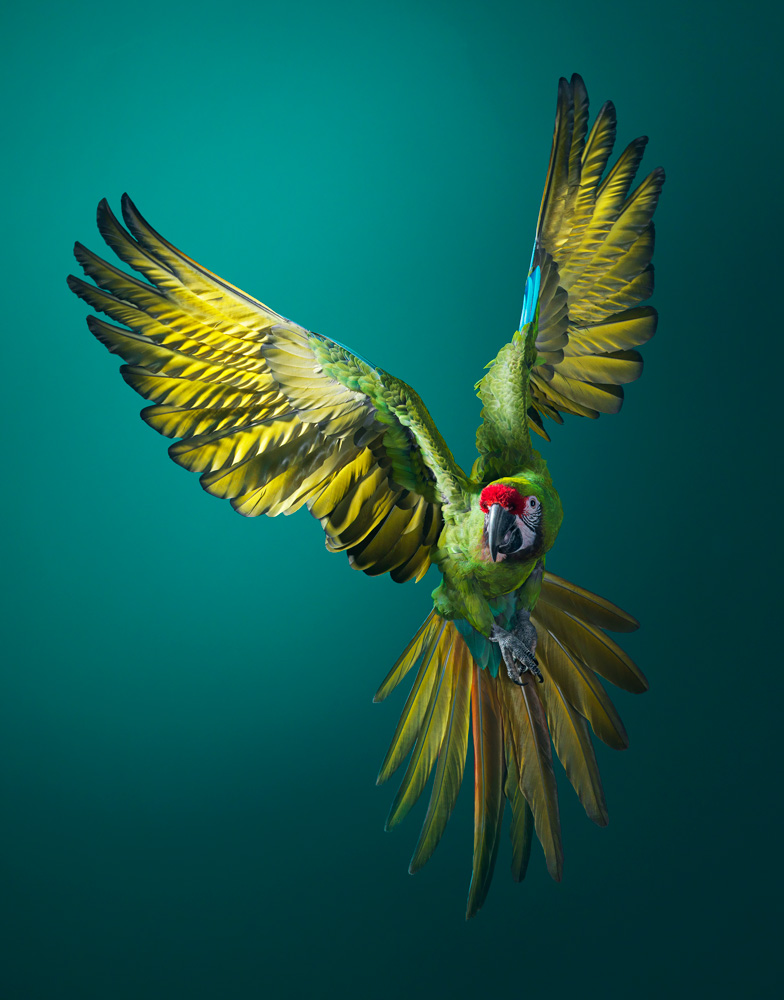