We are very pleased to host this exhibition of William Scott and Friends in the centenary year of his birth, in collaboration with the William Scott Foundation, established by his two sons Robert and James Scott in 2007. The work of the foundation includes the cataloguing and storing of all related archival material as well as the research and publication of the catalogue raisonné of the works in oil published in May 2013 in partnership with Thames & Hudson in four volumes, edited by Sarah Whitfield.

Another important purpose of the Foundation is to raise money, support and awareness for Alzheimers research into possible treatments. Scott suffered from this disease in the last years of his life.

This is one of many exhibitions in the centenary year, a touring exhibition began at Tate St Ives in January, then the Jerwood Gallery, Hastings, the Hepworth Museum in Wakefield, Enniskillen Castle Museum, Ulster Museum, Belfast and the Victoria Art Gallery in Bath. It is particularly fitting that Scott’s work be exhibited at our gallery as one of his last major shows was here with our former Berkeley Square Gallery in 1988; indeed it is perhaps serendipitous that the picture on the cover of this catalogue, Brown Still Life, 1958 was exhibited at that exhibition.

Scott had an international career spanning five decades and produced an extraordinary body of work, as many as a thousand paintings. He was closely associated with St Ives and the painters who worked there, maintaining a close friendship with Patrick

Heron, Peter Lanyon and Roger Hilton. He collected pictures by many of the artists he met and admired and a selection of these works are included in this exhibition. Most have not been seen publicly before.

He exhibited internationally with some of the most renowned artists of the 20th century. In New York in the 1950s he showed at the Martha Jackson Gallery alongside Mark Rothko and de Kooning, and in London he and Francis Bacon were represented by Erica Brausen at her Hanover Gallery. This year of celebration secures William Scott’s reputation as one of the leading British painters of the Twentieth century.

We would very much like to thank Robert and Lisa Scott and James Scott for their help in making this exhibition possible. Purwita Susanta of the William Scott Foundation has been extremely helpful in answering endless emails queries promptly; special thanks to Andrew Lambirth for his essay; and to the private collectors who have also kindly lent to the exhibition.

We look forward to welcoming you to the exhibition here in the gallery and also to Masterpiece London where a selection of the pictures both by Scott and the friends will be on view. 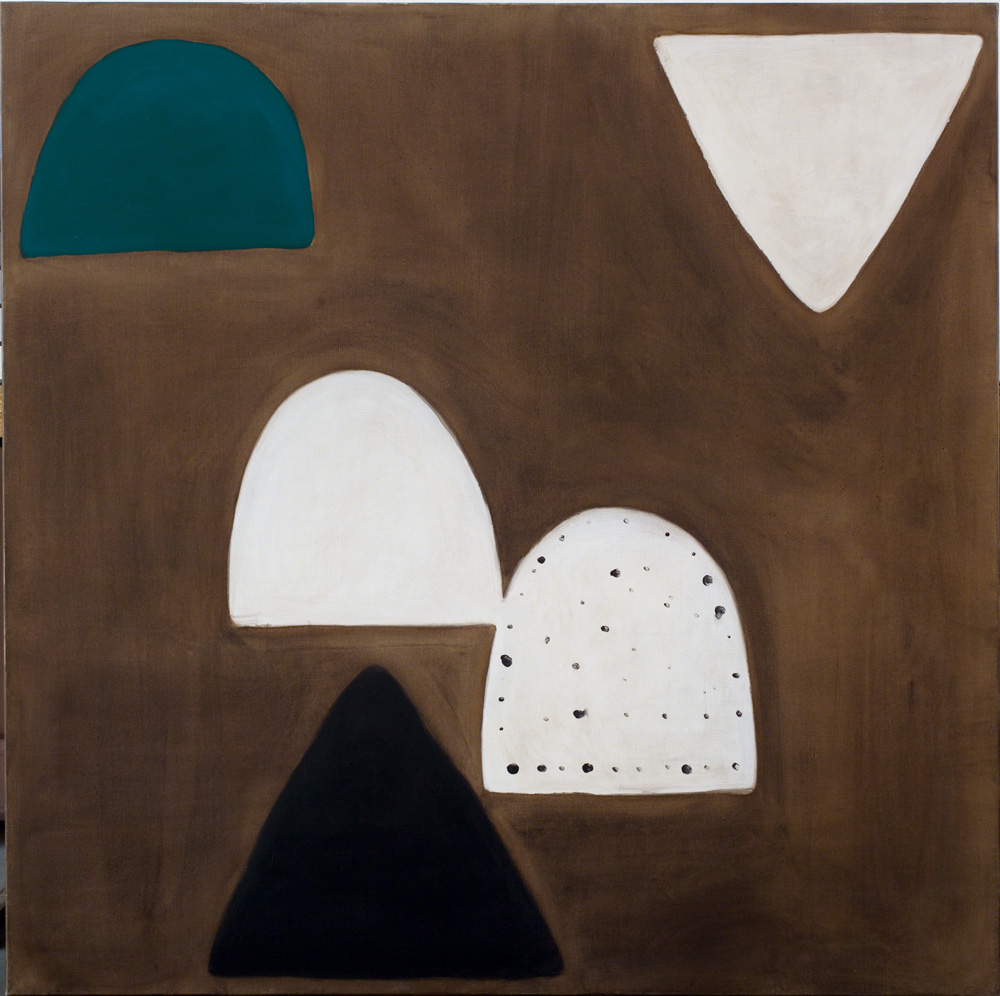 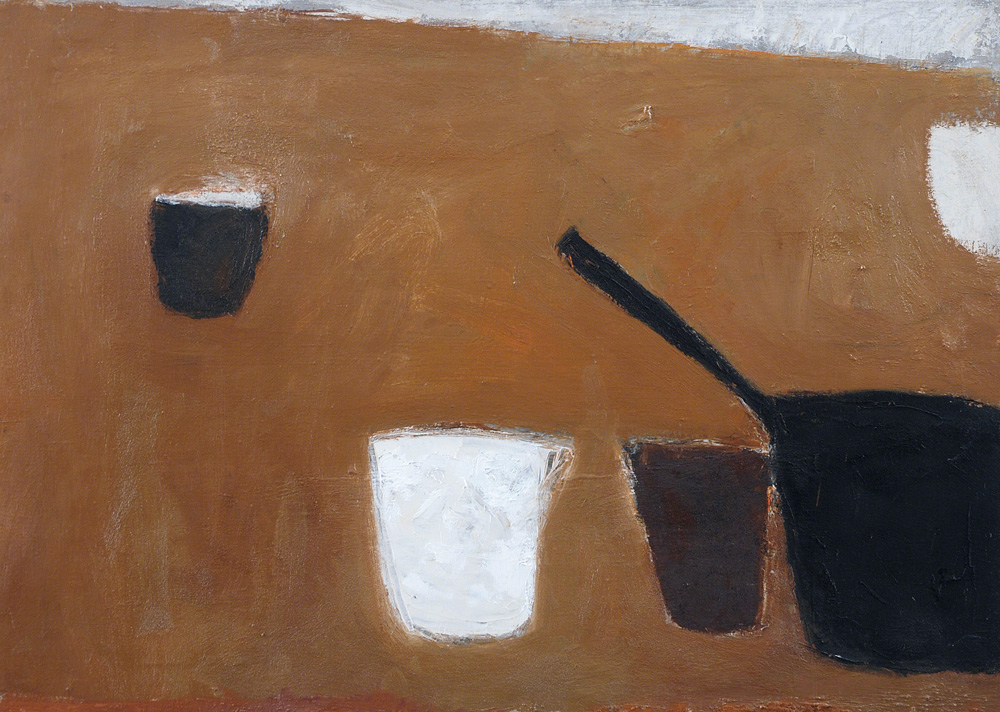 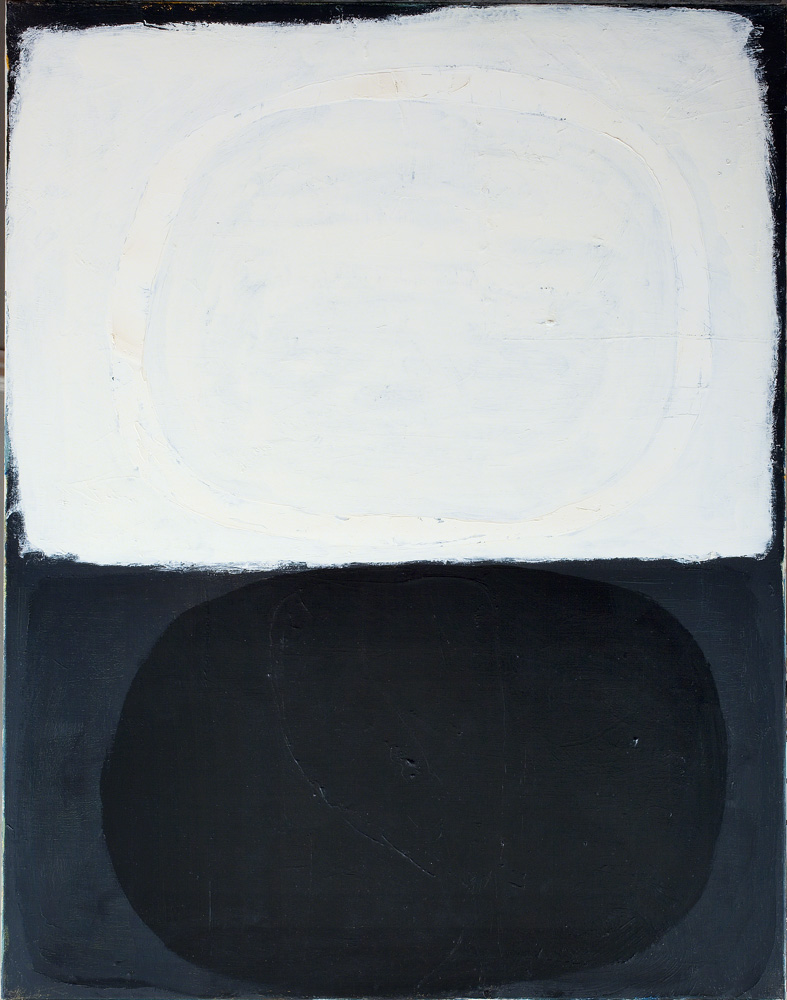