This, John Blackburn’s fifth exhibition at Osborne Samuel, comprises the fourth in what has been a busy year for the artist. The first was at Artis Gallery, Auckland in February, followed by his critically and commercially successful show at The Open Eye Gallery, Edinburgh in April and then followed in May by an exhibition curated and mounted by the renowned collector Ronnie Duncan at his Barn Gallery in Yorkshire. In June John celebrated his 84th birthday and continues to be as passionate about his painting as he was when I first met him ten years ago on a snowy January day in 2006. It was impossible on that first visit to make a valid judgement on the work. His then studio near Canterbury was a damp space not much larger than a garage, packed to the ceiling with a lifetime of work. Light came from a floor rig more typically seen at motorway roadworks.

We agreed that it would be best to see the work in more congenial surroundings at a retrospective later that summer at the then Metropole Centre in Folkestone. I returned in June as promised and the rest, as they say, is history!

In the ten years we have been working with John his career has flourished, and he has gradually re-established his reputation in Britain and New Zealand. He began his career there in the 1950s when he left a grey post-war Britain to travel to the tropical warmth of the South Seas, ending up in Auckland, where he met and married Maude, a New Zealander. After returning to these shores John exhibited in London in the early 1960s, where his work was discovered by the late Jim Ede of Kettle’s Yard, who became champion and patron to the young painter.

John and Maude return to New Zealand each year, leaving behind the British winter to spend three months in sunnier climes. There John paints in a studio set up in Muriwai, a coastal community on the north coast of the Auckland region, by Nancy King, daughter of John’s first patron, the entrepreneur Les Harvey. An annual series of exhibitions at Jonathan Gooderham’s Artis Gallery in Auckland have reintroduced John’s work to the country, and he has gathered an appreciative new audience for his painting.

I visited John’s studio near Canterbury with Ian Massey in the late Spring this year to select works for the exhibition, spending several hours looking at recent paintings whilst also making discoveries of older work that we had not seen before. We found a substantial and important group of works from the late 1960s on both canvas and paper from the artist’s Summer Series. A group of fourteen works executed in the summer of 1969, two are now in a private collection in the south of France and one in a collection in Dorset, whilst a selection of the others are exhibited here for the first time. Amongst the recent works are a large diptych and a triptych with each panel measuring approximately 150 x 150 cm (60 x 60 in). 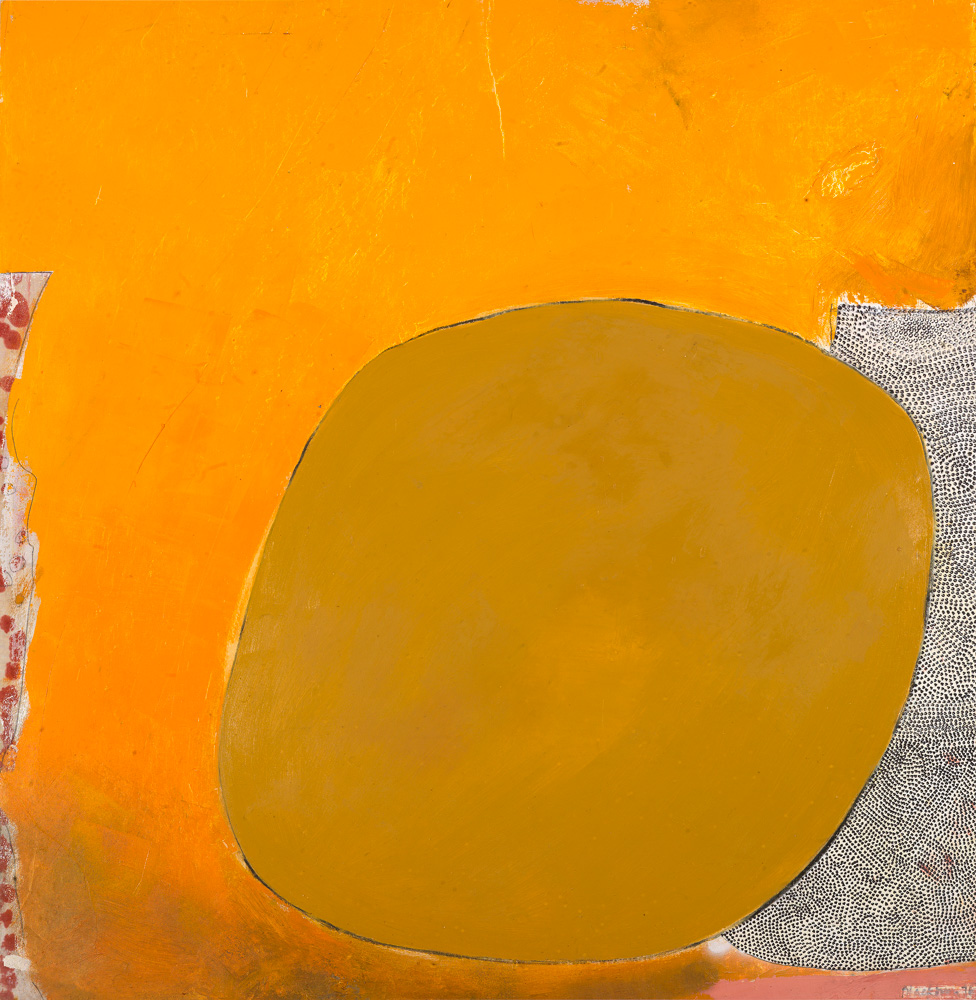 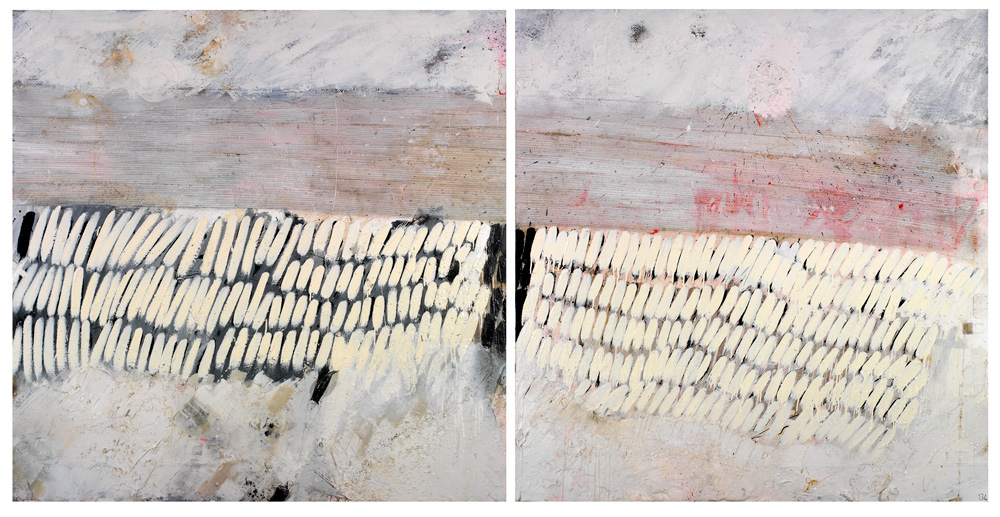 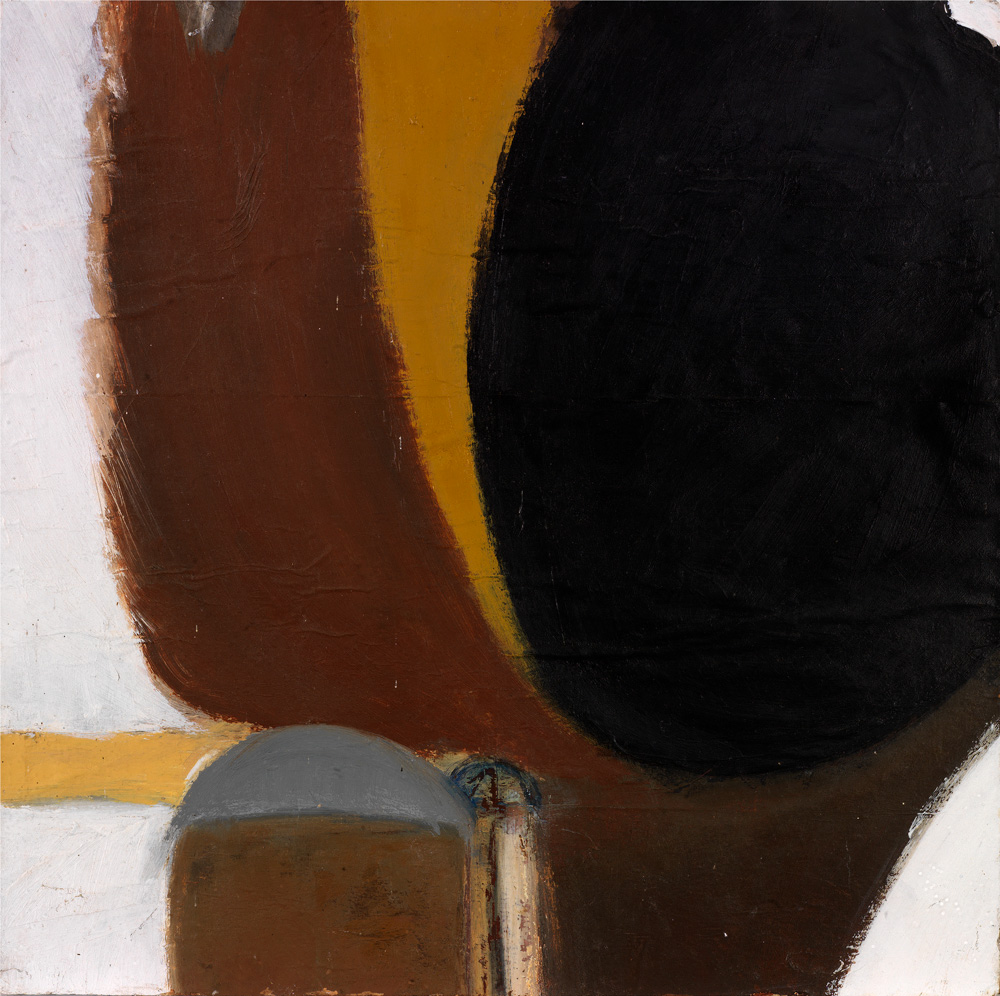